MultiProtocol Label Switching (MPLS) has been around for over two decades now and has been helping companies boost internet activities since 1997.

This article will show you everything you need to know about MultiProtocol Label Switching in just five simple steps. We will also share a little on how MPLS can be enhanced with a solution like SD-WAN to help you understand how you can best leverage MPLS in your connectivity strategy.

Let’s get right into the article by first understanding what MultiProtocol Label Switching really is. 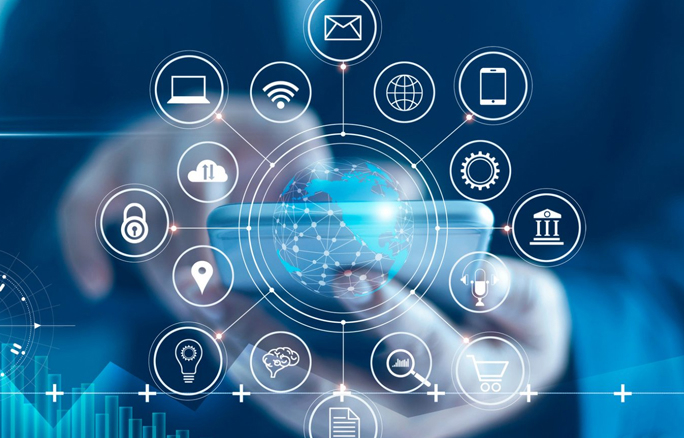 What is (MultiProtocol Label Switching) MPLS?

Multiprotocol Label Switching (MPLS) is a scalable and protocol-independent technique that helps to boost the speed of network traffic.

MPLS does all this through a simple process of directing data through a path via labels. This is different from the traditional internet protocol (IP), where data has to move from one internet node to another due to long network addresses.

With the traditional internet protocol, when the data packet lands on a router, the router has to decide what next move the IP packet should make and its next stop on the network. This decision is made based on the routing tables, making the process somewhat slow.

With MPLS, data doesn’t require all the many complex lookups in a routing table. MPLS already sets a predetermined destination IP address for all the data packets and sends it along that path by assigning a label to each one of them.

When the data packet passes through the MPLS network, the label is stripped off or replaced. This process speeds up the data transfer by a margin because it reduces the router functionality to switch functionality.

Information is distributed in a way that every switch along the path knows everything it’s supposed to do by looking at the MPLS table.

MPLS has brought a major boost to companies worldwide by improving the speed and effectiveness of their networks.

How does MPLS work?

Knowing the level of ease and speed that the MPLS network offers to businesses, it is important to understand fully how the system works. Before that, it is pertinent to know that MPLS supports the following applications:

When a packet enters the MPLS network, it is assigned to a forwarding CoS (Class of Service), which is indicated by appending a label—not the IP header—to the packet. The CoS usually indicates the type of traffic the label is carrying through the MPLS network.

What MPLS does is boost the information/data transfer speeds by simply converting routed networks into something similar to switched networks. This function is not found in the traditional IP-routed network.

MPLS, through the help of label-switched paths (LSPs), will establish paths for specific source-destination pairs.

Every packet that goes through the MPLS networks is named into the service provider’s network by the LER (Label Edge Router). The Label Switching Routers (LSRs) will send packets with the help of the MPLS without looking towards the IP header, thereby eliminating the hop-by-hop sequence.

Every router in the LSP performs the functions including:

Only one ingress router is assigned to every L-S-P. The ingress router is the one at the forefront of the LSP that sums up all the IP packets with a MultiProtocol Label Switching Layer 2 frame. The router then forwards it to the next router in the path.

The egress router is different and must be separate from the ingress router. This is the one at the end of the label switched path (LSP) that converts the MPLS coverage from an MPLS packet to an IP packet. However, unlike the ingress router, this one forwards the packet to its final destination via the normal IP routing.

As the name implies, the transit router is the one that collects information from the ingress and transfers it to the egress. Sometimes, there are no transit routers in the LSP, and other times, there can be up to 253 of them. They receive and forward MPLS packets throughout the MPLS paths.

MultiProtocol Label Switching makes real-time applications seamless, straightforward, and rewarding. This is because, unlike MPLS, other routing protocols cannot separate traffic based on performance. We will go into some detail about the benefits later in the article.

Where does MPLS (MultiProtocol Label Switching) fall within a network layer: Layer 2 or Layer 3?

Many organizations have tried to classify MPLS into either layer 2 or layer 3. However, MPLS does not fit perfectly into any of these.

MPLS falls in-between both layers to become a layer 2.5 networking protocol. This is because layer 3 uses IP protocols for routing and internet-wide addressing while layer 2 carries IP packets over point to point wide area networks (WANs) or LANs.

MultiProtocol Label Switching can generally be used to create forwarding tables for any kind of primary protocol. When traffic is sent into the MPLS networks by an end-user, an ingress node adds an MPLS label. Within the MPLS label, there are four sub-parts at least and they are:

The label is what contains the information while the routers decide the next location for the packet.

The traffic class field or experimental bits are what determine the priority of the labeled packet. It serves as the quality of service (QoS).

With all that has been described in how MultiProtocol Label Switching works, we can see that the journey looks more like a relay race. The bottom of stack is what informs the MPLS routers that they’re the last ones in the journey.

The TTL field determines the lifespan of the data, or how many hops it can make before it becomes useless.

Labels can also be stacked. The top label controls packet delivery; when it reaches its destination, that label is “popped,” and the label underneath takes over for direction.

There are several advantages and a few disadvantages of using MPLS networks. We will look at an overview of both sides to give you an idea about the service.

MPLS offers more consistent connectivity since the information is moved in labels, deciding the next hop in the sequence by predetermination on the MPLS table. This makes for increased network performance. Simply put, MPLS is a high-quality networking technology that makes networking seamless and fast. However this solution does come at a cost and organisations may find their infrastructure budgets stretched if this solution is used for all connectivity needs. It also needs to be configured manually which may lead to increased complexity when you have multiple branches.

This is where Software-defined Wide Area Network (SD-WAN)  can enhance your MPLS solution and make your network more manageable and cost effective.

SDWAN is a virtual WAN architecture that allows you to securely connect users to applications on any combination of transport services – such as MPLS, LTE and broadband internet services.

An SD-WAN is decoupled from physical links and it’s virtual overlay allows it to use a centralized control function to securely and intelligently route traffic across your network.Unlike MPLS that has to be configured physically/manually at every portal or branch, SD-WAN allows you to manage and control your network from a central point, giving you more control with an SD-WAN box at each branch.

SD-WAN also allows you to split your network, making it easier to set up and manage hybrid networks. It also allows network agility, using the best link to the right resource based on business metrics and policies so that you can prioritize critical functions to run on an MPLS while noncritical functions can be run using a more affordable Internet line. This approach helps you improve your total cost of ownership.

An MPLS solution is great for mission critical use cases but it is not feasible to run your entire network on MPLS alone. With SD-WAN you can improve your control and flexibility down to even granular traffic control. You can even integrate cyber security solutions to your network and manage and maintain security access in a more holistic manner.

The same SD-WAN deployment can help you manage multiple connection strategies beyond MPLS as well, including public internet, IPSec, SSL and more. Making it an invaluable addition to your network management strategy.

Speak to us to find out more about how SPTel’s MPLS solutions paired with SDWAN can help you drive greater business efficiency.